Hero Dogs has replaced blog posting in favor of Instagram and/or Facebook. Please visit Hero Dogs Online to see if the Hero Dog you're looking for has a page.

Lessons in Leadership: The Cost of Sacrifice 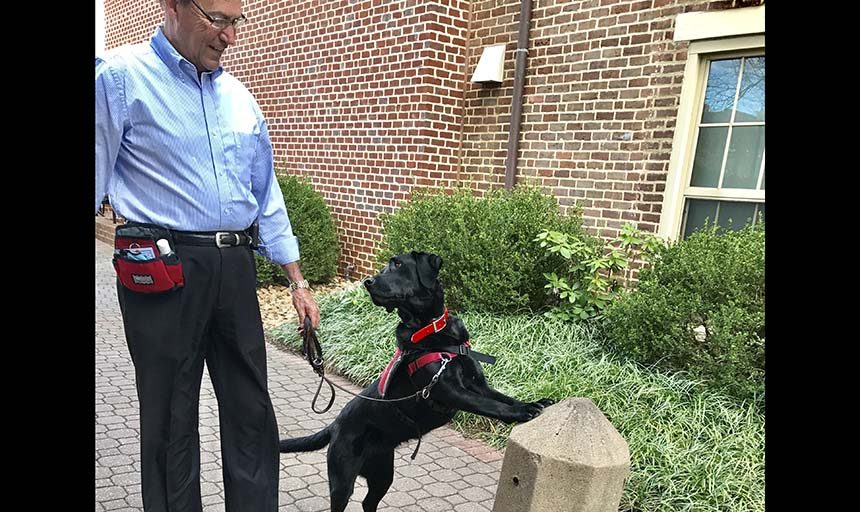 Pi Lamda Phi Fraternity, in partnership with the Center for Leadership and Entrepreneurial Innovation, will host an evening of lessons in leadership from Mike Harris, a retired veteran and state police lieutenant. Harris served in the U.S. Air Force in the Vietnam War where he was assigned to a squadron flying the F-4 Phantom and then advanced to be a squadron commander of the Civil Air Patrol. After the Air Force, Harris was a Virginia State Police lieutenant and officer in charge of many units. On Sept. 11, he was given an assignment that led to the present day establishment of an anti-terrorism unit. Harris received numerous state police awards, including officer of the year in 1995. Upon retiring, Harris worked as a corporate pilot. He volunteers with The Wall That Heals, a mobile exhibit that is a replica of the Vietnam Veterans Memorial, with his service dog, Gracie. Gracie was trained by Hero Dogs, a non-profit that provides service dogs to veterans at no cost. Representatives from Hero Dogs will be at the event with a service dog in training.