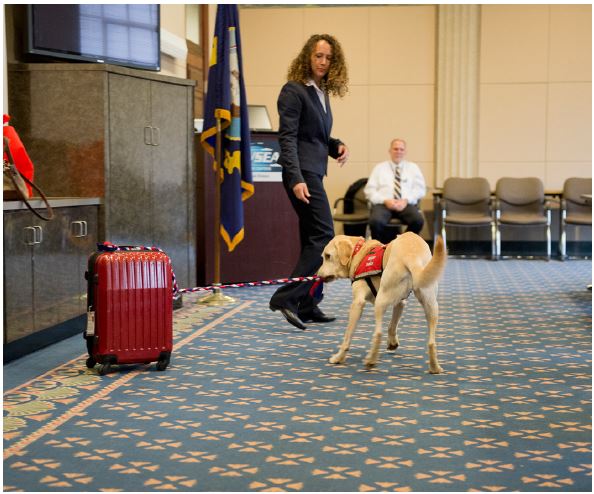 Dr. Jennifer Lund, executive director of Hero Dogs, and her spokesdog Lady Liberty gave a presentation on the organization and a demonstration of working dog skills at a Veteran’s ERG event on Nov. 10 at Naval Surface Warfare Center, Carderock Division.

Hero Dogs is a 501(c)(3) nonprofit headquartered in Brookeville, Maryland. The organization has placed 10 working dogs with veteran partners since their inception five years ago, and is working to grow the organization. On average, it costs $40,000 and takes two years of intensive training to raise a working service dog. Lund explained that to her, this cost divided by the 10 years of assistance a dog provides, 365 days a year, is really a “bargain.” Hero Dogs then invests another year of training in the dog/veteran team. Any veteran with a disability is eligible to apply for a Hero Dog, and if they are paired, there is no cost to the veteran besides the basic costs of owning the dog.

Lund said the most common thing she sees on applications is that disabled Veterans looking for a service dog are proud, independent people who “just want to live their life the way they used to.” A dog can serve as a partner and companion who doesn’t get tired,  irritated or mad when performing tasks or providing assistance, which could be as simple as bringing a towel in the shower or as serious as helping somebody up from a fall. “This dog will pick something up 42 times in a row if I ask her to, and think it’s just as fun the 42nd time,” said Lund. “These dogs give veterans and their family freedom back.”

A Hero Dog starts its career as a donated puppy from a breeder. Hero Dogs prefers to work with purebred labradors and retrievers, partly because the dogs are known for their fetching abilities and partly to have a known history of health and stability in the dog’s bloodlines. The puppy arrives at the age of eight to 12 weeks and is placed with a puppy raiser until it reaches 18 months of age. It is the puppy raiser’s dog to take the puppy to Hero Dogs’ weekly class and teach it basic skills, but also to expose the puppy to anything and everything, from riding the Metro to attending a doctor’s appointment. At 18 months, the dog returns to the Hero Dogs kennel – fondly called “the dorm” – for advanced, intensive training in working dog skills. Lund stressed that working dogs are functional partners and a team with their veterans, and they are not just pets.

Once a dog “graduates” advanced training, and not all dogs do, they are paired with a veteran. Hero Dogs takes great care in matching each dog with its veteran partner, taking needs and personalities in to account. But this is just the beginning – there is an initial three to four week training period of four to six hours of training a day, then training once a week for the next six months and once a month for the rest of the year. Hero Dogs provides training and support for the life of the dog, which is expected to be over 10 years.

The presentation ended with Lady Liberty, the organization’s first service dog and a 5-year-old yellow lab, giving a demonstration on the capabilities of working dogs. She impressed the crowd with her ability to gently pick up and retrieve cell phones, keys and even small, delicate items like spare change and paper clips. She turned the lights on and off, helped move items from a shelf in to a grocery bag and then carried the bag, pulled open doors (and pushed them shut), tugged a suitcase alongside her and even knew how to brace herself to help her human up off the ground in case of a slip or fall.

“We are always looking for volunteers, and to spread the word to veterans,” said Lund. “The more, the better.”

The event was followed by a luncheon provided by the Women’s Employee Resource Group. 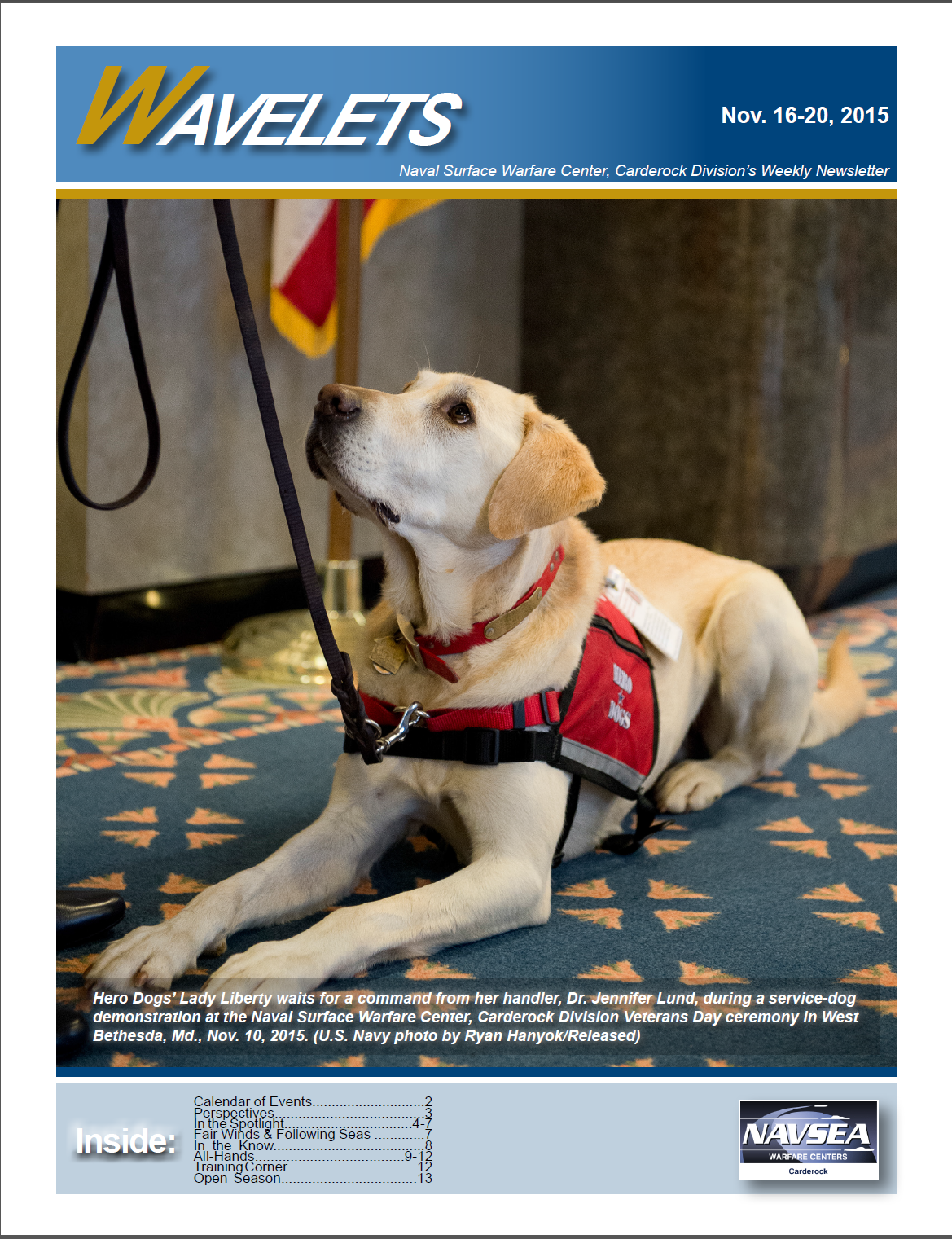