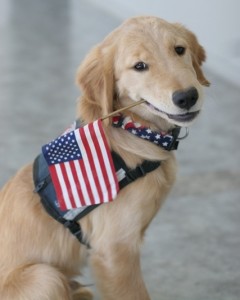 I started another class in obedience. They might think they are fooling me, but I know the dogs are different, but it is the same old “tricks” that I learned the last time. Oh well, I guess if I am honest there is still some room for improvement.

In the beginning of the month I was a bit bummed because I heard that my people were on their way to some place called Cyprus, and I did not get to go with them. It turned out to be ok; I went to places I had stayed before and got to play and play with them and their dogs. I really think everybody likes me!

Soon after I got back home, people they called “kids” came home for the holidays. They started sleeping in all those empty rooms. Next they put this great big stick right in the living room. They fussed all over it for quite some time and that night I noticed it “glowed”. It smelled amazing, but every time I got close enough just to grab one of the smaller sticks Stacey would call me. Once or twice I ignored her, but she just pulled on my leash a bit and asked me to “give”.

Giving is not so bad; I almost always get something just as tasty in return. Actually, that reminds me taking and giving is pretty much the best part of my life. Here in my house, they have this habit of dropping stuff and asking me to “take it” , “hold and “give” We do this alot, I love it and when they finally stop dropping things my belly is full and I am pretty tired.

Oh, I can’t forget to tell you about Lewis. One of the girls (kids), the married one, brought a husband and a dog home for Christmas. He was very, very small; but because of puppy kindergarten I knew exactly how to play with him. He was very fun, and he had even more energy than me for playing.

I went for another one of my meet and greets at a place called Gillys; Molly was there. We did not get to play; they said it was too small. Speaking of small, that night Stacey promised that would be the last time I had to wear that tight blue vest. Good thing; it was getting hard to breathe with that on. I think, because I did not get my bigger vest immediately, I did not go for as many outings as normal; this was ok with me because Lewis was kind of tiring me out and there were lots of people to play with.

On one morning they all hung out around the BIG STICK in the living room and played with wrapping paper and boxes. There was stuff in the boxes, and when they opened them they said things like, ooooh, aaaah, how pretty, thanks, just what I wanted. All I know is that they gave me a new toy for tugging on and some special yummy treats.

All the people in the house was a win win for me. Stacey would explain all the rules for me to anybody around, but they where not nearly as good at obeying them as she is. Once or twice everybody would leave the kitchen and forget to hook my leash up, you know, tether me. KOWABUNGA, Surfing is fun. Stacey calls it “counter surfing”, and she did not seem as excited about it as I did. I think my next new word to learn is “paws off”.

A day or two after Christmas I started having something called diarrhea. Actually, in the beginning it wasn’t bad at all; I got to go “outside” ALOT. Things went downhill quickly; they stopped giving me my food. Stacey said she was sorry and that it had to be because I had a sick belly. I was so hungry, and I kept showing her that I felt just fine. Finally she let me have small amounts of some special food and I stopped having to go outside as much. It seemed like forever before I got back to having a full belly again. Maybe counter surfing isn’t the greatest idea in the world, or maybe it was the pine needles or the prickly brown “balls” on the ground outside or the…

What else? I went to a horse-show and WHOA those horses were HUGE. I also went to the 4-H kids at Montgomery County Kids-n-Dogs Club. And, I’m a star! I went to the Discovery Channel where everyone there just loved me. Seriously, I had more people coming out of their cubicles just to see me and rub my belly. How cool was that! Then they wanted to take some pictures of me. I was such a good boy during my photo shoot. As a matter of fact, they took the picture of me here, holding the flag. I was a very good boy!

I received the best holiday gift ever…my very own sponsor! Thank you so much to Misty and Jonathan Schindler for sponsoring me. Your generosity will help me grow to “be all I can be!” Thank you!